Paramahamsa Tewari has published books, as well as several important theory papers and thought pieces related to his discoveries.
Paper - "The Space-Vortex Structure of The Electron", based on his SVT theory, in the journal, Apeiron. 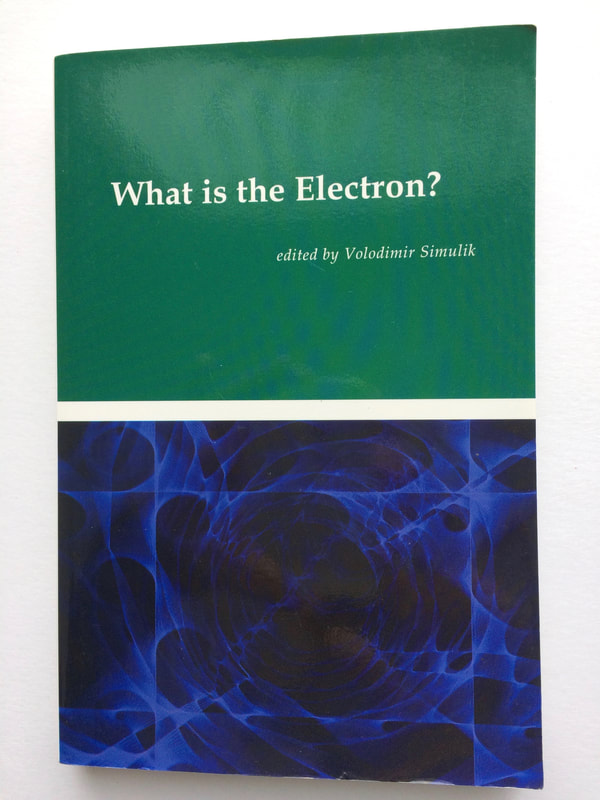 Notes on Spatial Reality and Property of Vacuum

Relativity Theory Is Not A Comprehensive Theory

The Universe: Finite or Infinite?

Creation of Matter at the Center of the Galaxy

The So Called Dark Matter

Planck’s Constant and the Photon

Abolition of “Action at a Distance”

The Hidden Laws in the Universe

​Conceptual Error On The Fundamental Nature Of Light – Phenomenon In Classical Electrodynamics, Led To The Complexities In Quantum Physics

James Clerk Maxwell (1831-1879) had theoretically concluded that the oscillations of electric current in a straight conductor, or circulation in a loop of wire, “radiates away” energy, which is “lost” from the oscillating charges constituting the current. This concept, later, conflicted with the atom’s model of Rutherford in which electrons moved around the nucleus in closed orbits; and the question arose that like any other vibrating or revolving charge, the electrons should lose energy by emitting electromagnetic waves as per the classical electrodynamics, eventually falling into the nucleus. The quantum theory of light by Planck and Einstein had accepted the possibility of “emission” and “absorption” of light by electron; the atomic model of Bohr attempted partial solution to the aforesaid problem. However, it is shown in this paper through the space-vortex structure of electron, which provides deeper insight into the basic nature of mass, inertia, energy, electrical charge and light; that during vibration, or revolution around a center , an electron does not lose either its structural or kinetic energy; though it produces electromagnet field (light), which is shown to be created due to mere cyclic changes in the magnitudes of its electrostatic and gravitational potentials in space; on account of to-and-fro displacement of the electron’s center(discussed further). Thus, if loss of energy from the orbital electrons in an atom can be shown to be non existent, similar to the solar system in the Rutherford’s model of atom, the revolving electrons will have stable elliptical orbits; and this would lead to the right course of development of the atomic physics, provided an alternative explanation for the production of light from the vibrating atoms (rather than the orbital electrons) is given. The physical aspects of the process of electron’s creation and annihilation, wave length and frequency of light, briefly outlined in this paper (from author’s earlier works), enable drawing comparison with the corresponding ideas of quantum physics and, thereby, tracing down those phenomena of quantum theory that led to digressions, one after the other, from reality in the early years of this century.